Unless your perfect, expect some giggles when opening your (data) kimono...

<disclaimer>I'm going to try to leave the politics out of this one, but I might cross that fine line - consider yourself warned...</disclaimer>

Lot's of press today about the "Data Quality" issues found on recovery.gov. 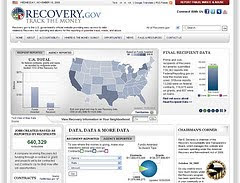